Research projects undertaken by PAMA – Institute for the Advancement of Transdisciplinary Archaeological Sciences (IATAS) independently or in collaboration with Universities or other academic institutions will be a platform for participation in transdisciplinary research, internship etc.

PAMA Institute for the Advancement of Transdisciplinary Archaeological Sciences, an offspring of a nonprofit multidisciplinary third-sector educational trust, would continue the excavations at Pattanam and Mathilakam villages located in Ernakulam and Thrissur district.The Pattanam excavations started in 2006-07 would be entering the 11th season in 2021. The Archaeological Survey of India (ASI), would be a prominent partner in the excavations by PAMA in 2021.

Based in Pattanam. PAMA institute, with Prof. R V G Menon as chairman and Dr. PJ Cherian as director, had restarted the excavations in January 2020 after a stand-still of five years. Besides promoting multi-pronged evidence based research, PAMA aims to transform Pattanam village into a knowledge hub and a model world heritage site with civil society support and participation. PAMA centre located at Pattanam offers short and long term research internships to students across disciplinary, age and nationality borders.


One of the main objectives of the Muziris research project is to gather evidence and analyze ancient India's trade and cultural transactions from the coast of Gujarat to Bengal and beyond. So far, the excavations undertaken at Pattanam have unearthed relics of three dozen cultures linked to diverse geographies and linguistics that extend from Hepu site in Southern China to Catalonia in Spain, dated broadly from 5th century BCE to 5th century CE. They point towards a highly sophisticated and plural culture flourishing in the Periyar delta region with its indigenous settlements dating back to 1000 BCE.

The excavations of the 10th season had unearthed important artefacts including a seal-ring with the image of Greek She-Sphinx closely resembling the seal ring of Augustus Caesar, the first Roman Emperor and a Greco-Roman head statuette reiterating the brisk Muziris connections with the Mediterranean world.

The ASI through an order has named Dr. K P Mohandas, Head of the Thrissur circle of ASI, Dr. Linto Alappat, Head of Geology Department, Christ College, Irinjalakuda, Dr. Rajesh C V and Dr. Abhayan G, faculty, Department of Archaeology, Kerala University, Prof. Veenus Jain, Head of History, Amity University and Dr. Deepak P, faculty Dept of Computer Science, Queen's University, Belfast as co-directors. Dr. P J Cherian, who led the Muziris excavations since 2006- 07 is the director of the project. The field research would commence at Pattanam and Mathilakam once the Covid situation is under control.

The Pattanam archaeological research with the limited excavations conducted since 2007 has generated evidence about the proliferation of an urban settlement in the Periyar delta region circa 2000 years ago. The evidence indicate that the settlers had built fine structures with burnt bricks, roof tiles, iron nails and a proto-concrete mixture resembling the pre-modern surki. The orientation of structures, toilet features, terracotta wells etc excavated are indicative of a planned and organised way of life. Material evidence point out that the people could have been cotton weavers, highly gifted semi-precious stone artisans etc. Besides knowledge in iron technology, they seem to have had developed metallurgical skills to work on gold, copper and lead.

The pottery fragments recovered amount to 45 lakh, of which 1.40 lakh belong to Mediterranean, West Asian, Red Sea, South Arabian, Mesopotamian and South China Sea regions. This points to the trade contacts of the Indian subcontinent with Europe, Africa and various parts of Asia. The classical Tamil sources namely the "Sangam literary corpus" and the Greek/Latin sources corroborate with the Pattanam archaeological evidence.


In this background, the PRVSS project aims to document the surviving evidence in the Periyar river valley region in order to explore the extent of the urban-culture unearthed at Pattanam. PAMA aims for scientific documentation of the various evidences and their systematic study. PAMA also hopes to encourage and support the local Panchayaths, local libraries and cultural organizations and individuals to undertake conservation and illumination of the artefacts in their own museums.


For full details of the project, joining the research team etc; Colleges, Local Self Governments, Cultural organizations, local history enthusiasts, researchers and students can contact the Principal Investigator of the project by writing to PAMA. 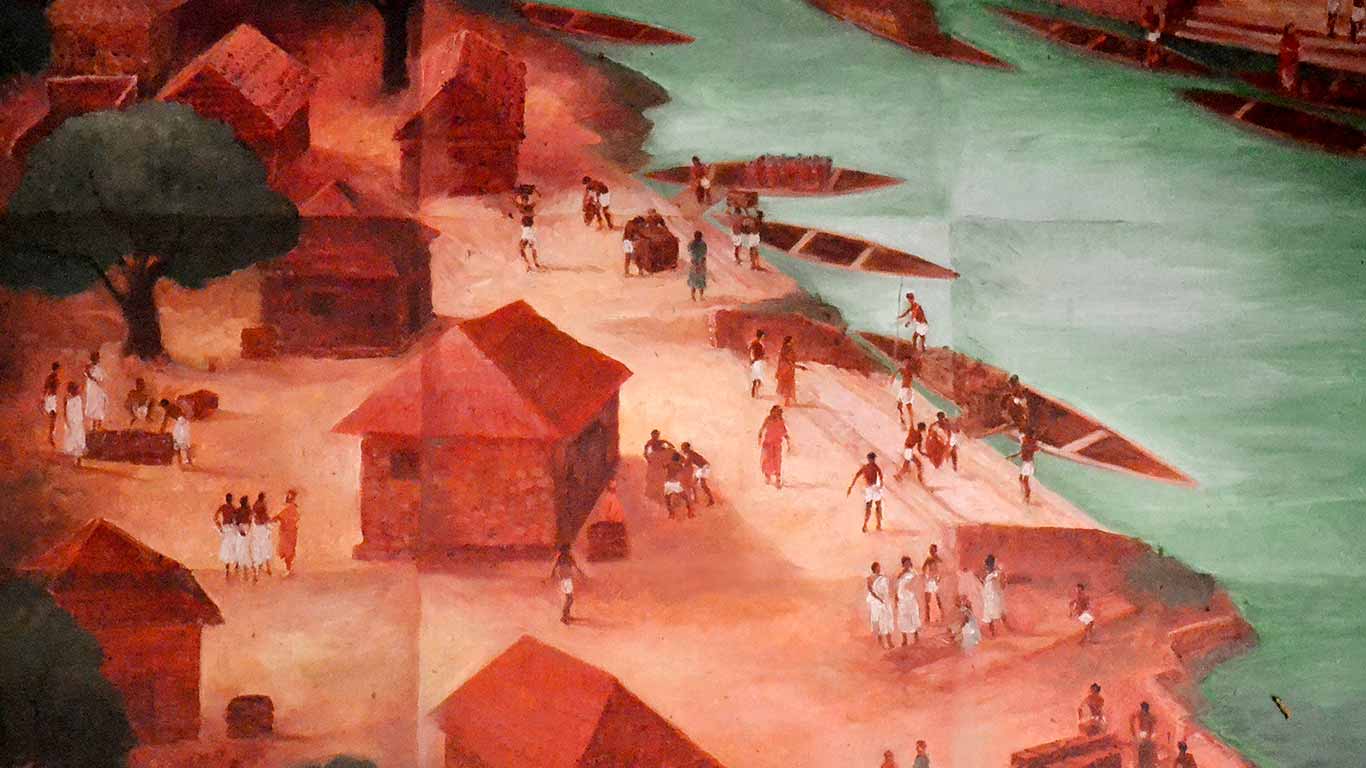 The Korugu colony at Perdala near Badiyadukka comprises of circa 25 families with a total population of about 150 persons. Though the colony is within Kerala, the people speak Tulu. This tribal community leads an extremely excluded life though physically not far from the mainstream society. The people practice the work carried out by their ancestors from time immemorial, as weavers of a few household items including muram, arivatti, etc. The raw material is collected from the forests bordering the village along with other items purchased from the local market. All capable members of families join in the work. The products made are sold in the local market and households; the meagre earnings are used to purchase essential items of food. The community lives focussing each day: the raw material collection, weaving, selling of products and purchase of rice etc are also carried out on a daily basis. There is nothing saved or carried forward to the next day or week. Kanji or simple rice gruel consumed twice a day is almost the only food. The whole time is spent silently in the work to enable the hand to mouth existence. A few of the children go to the local school which has only one teacher. The children’s living conditions are pathetic, lacking basic amenities, proper nutrition or medical care.


The project aims to ensure the general well-being of the community following scientific protocols of cultural interventions. The health and educational wellbeing of the children will have greater priority. The scientific documentation of the Koragu tribal community is the academic goal of the project. A trans-disciplinary team in collaboration with the local-self-governments and academic institutions in the district is expected to undertake the tasks. 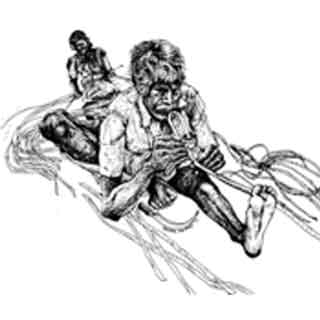 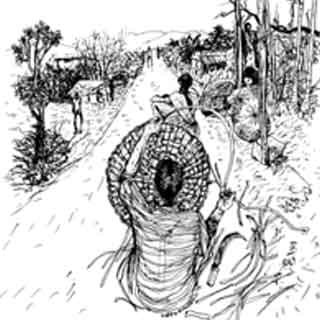 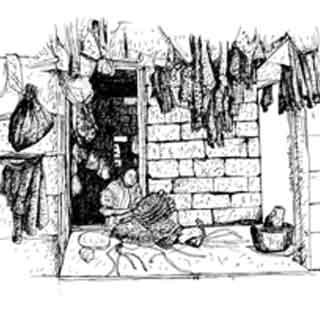 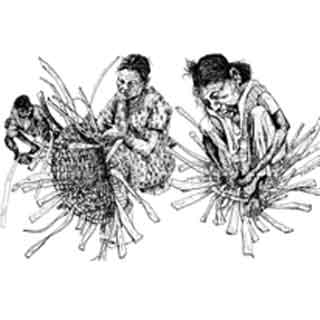 
For full details of the project, academic collaborations, joining the research team, internships etc; institutions, experts, researchers and students can contact the Principal Investigator of the project by writing to PAMA.

Kerala Photo Archives – Towards a Visual History of Kerala Society

Living in the digital times, we are flooded with photographic images – our everyday communication is constantly punctuated and often driven by visuals, captured through umpteen cameras, not the regular cameras as earlier, but those in our iPads, tablets, or most predominantly, mobile phones.

But a photographic image meant a totally different artefact, process and experience a few decades ago. Every small village or town, leave alone cities, had a studio that met the photographic needs of the locality – passport size photographs for official/legal purposes, photos of various family functions, religious rituals, festivals and public events of all kinds were photographed by them. In time, these photo studios grew into a rich archive of photographic materials of that region or locality, village or town – a virtual repository of images of all the major events and functions, personalities and institutions in that area. In many cases, such images were kept and preserved by photographers, families and institutions in the form of albums or framed pictures, though today most of them are lost or destroyed by the ravages of time


This project, in the first phase, aims to salvage, preserve, document and archive the photographs/negatives that are available with old studios in Kerala. Though many of the old studios have closed shop, there still exist many studios that have migrated successfully into the digital era. There are also instances where some studios and photographers have taken care to store and preserve the old negatives in their custody.

The project also aims to salvage, document and conserve the photographs/negatives in the possession of individuals, families and institutions focusing in a specific administrative area like a ward or a select area of a Panchayat/Municipality.


For full details of the project, joining the research team etc; Colleges, Local Self Governments, Cultural organizations, local history enthusiasts, researchers and students can contact the Principal Investigator of the project by writing to PAMA. 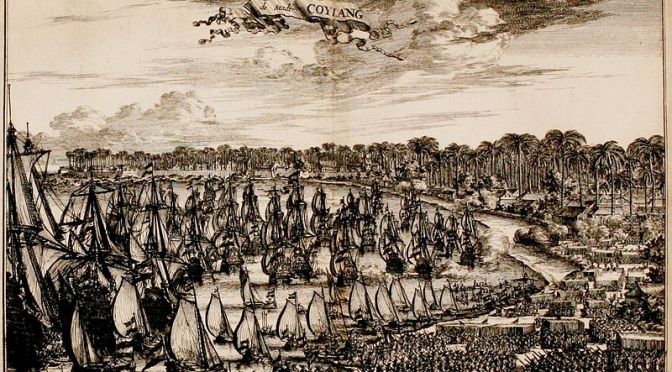 Archaeo-biological finds hold the key to many questions related to our past, present and future. They are a treasure of information pertaining to varied forms of life in their environmental entirety.

Archaeo-biological finds hold the key to many questions related to our past, present and future. They are a treasure of information pertaining to varied forms of life in their environmental entirety. They can elicit information with regard subsistence and exchanges ranging from hunting-gathering, agricultural practises, food habits, religious practices, shipping, industrial practices etc. It can be prised open only through advanced inter-disciplinary analytical studies.

Painstaking excavations carried out over a number of seasons at Pattanam, on the south-western coast of the Indian sub-continent and at Berinike, the Red Sea Port of Egypt have unearthed a plethora of botanical remains. The archaeobotanical remains of Pattanam included both Indian and non-Indian varieties like black pepper, cardamom, frankincense, rice, pulses, leaves, wood, charcoal, etc. The Berenike site located in an arid region with its better preservation conditions have thrown open a much richer variety of botanical remains. Berenike being the destination port of the vessels from the Malabar Coast, these archaeobotanical remains are critical evidence for understanding the maritime history of this period. It further corroborates with the much lauded written sources that pepper was the mainstay of the spice trade between Kerala region and the Mediterranean.

PAMA envisages to undertake morphological and characterisation studies of archaeo-botanical finds from these two contemporary sites. The studies on the peppercorn finds and other spices unearthed at Berenike using conventional tools and Archaeo-molecular techniques will yield valuable information on the first trans-oceanic connections in human history. DNA analysis using fingerprinting and RAPD marker techniques will hopefully throw light on the pepper and spice varieties traded. It will reveal to us the varieties that were exported from the Malabar region. It will also be of great scientific interest to know if the varieties traded were of the farm origin or semi wild varieties. Comparison with varieties grown today will give us a glimpse into the farming practices in the Malabar region more than 2000 years ago !


Two Indian made large pots buried at the floor of the Serapis temple at Berenike contained 7.5 kg of black pepper. 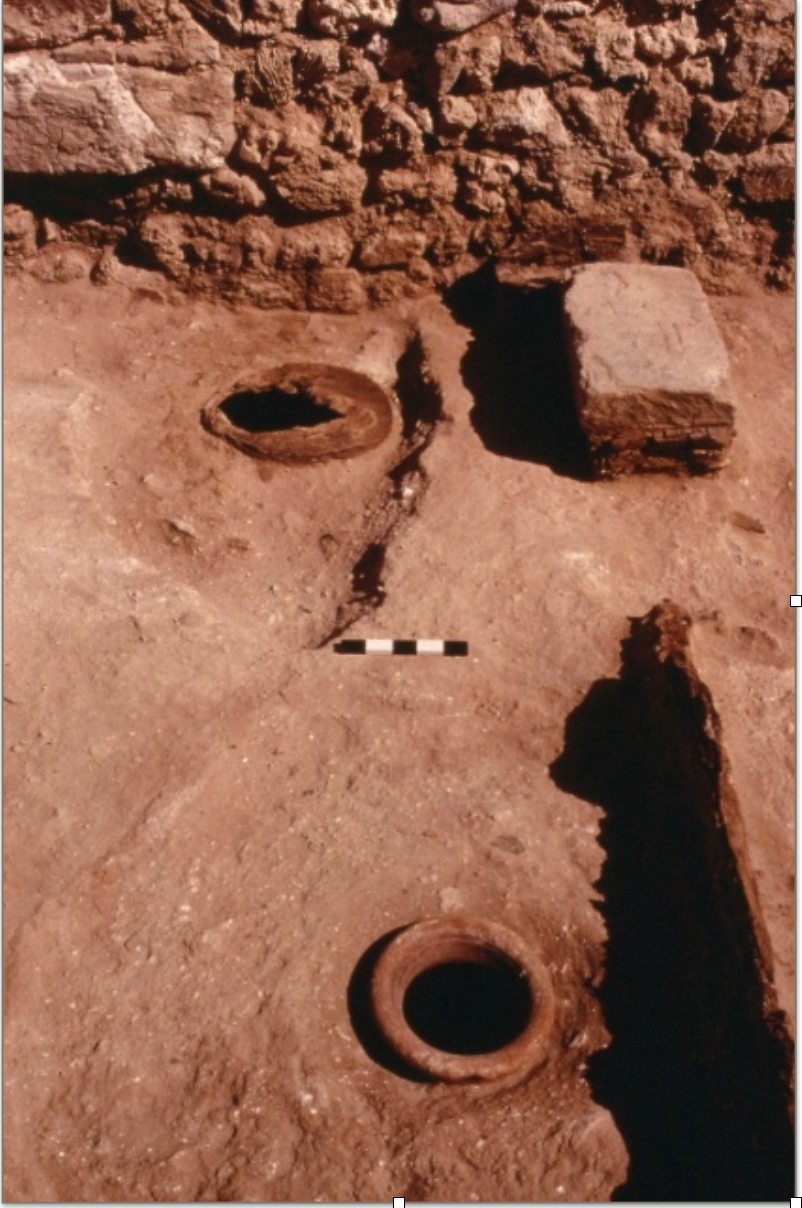 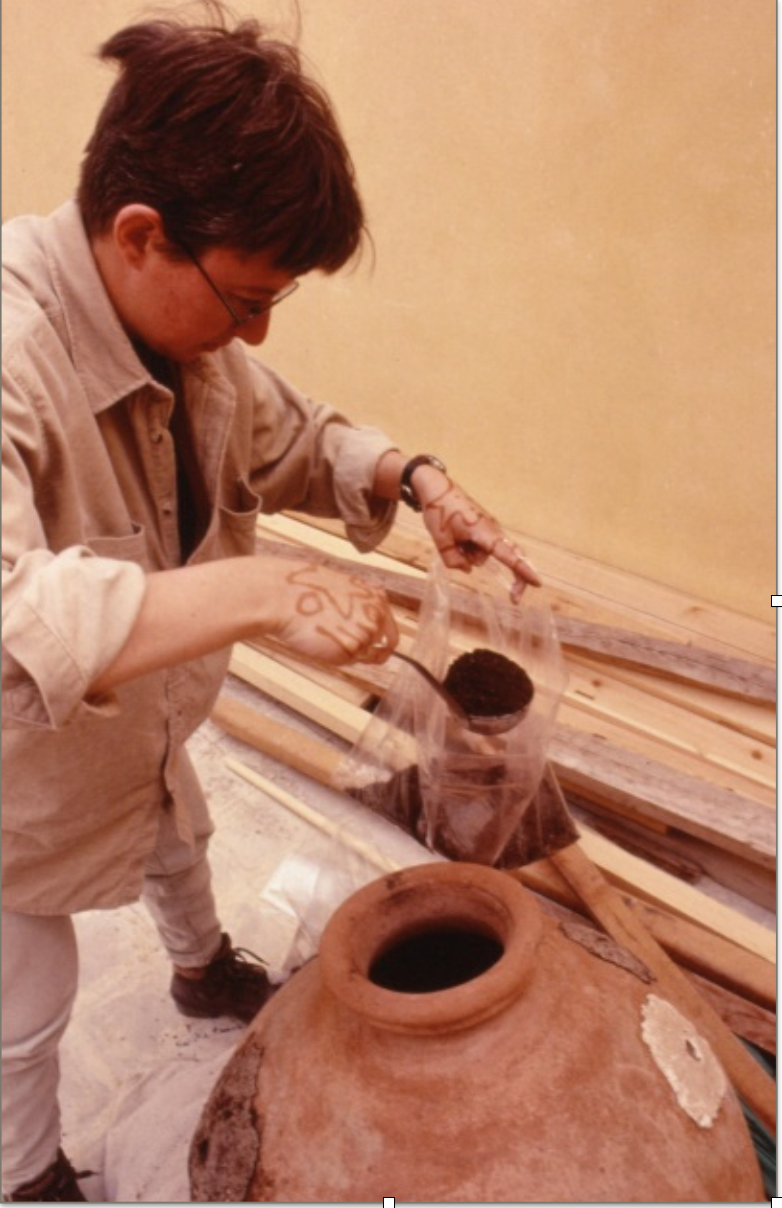 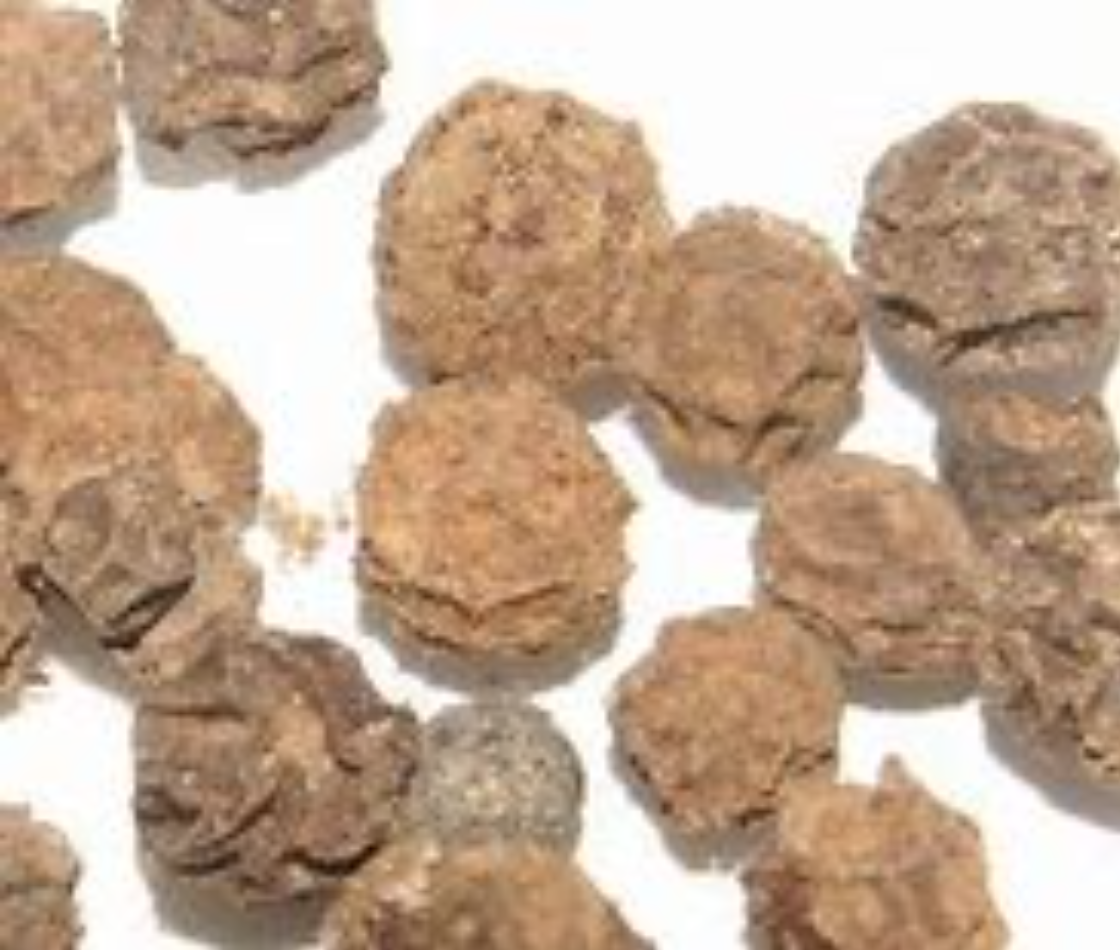 
For full details of the project, academic collaborations, joining the research team, internships etc; institutions, experts, researchers and students can contact the Principal Investigator of the project by writing to PAMA.