“It shall be the duty of every citizen of India to value and preserve the rich heritage of our composite culture.”

“It shall be the duty of every citizen of India to develop the scientific temper, humanism, and the spirit of inquiry and reform.”
-51A[f] &51A[h] of The Indian Constitution

The Periyar river valley has witnessed thousands of years of human history - a fact that has been irrefutably demonstrated by archaeological excavations at Pattanam since 2006. From less than 1% of the Pattanam archeological mound, a staggering volume of 45 lakhs pottery assemblage predominantly Indian made and 1.5 lakh of non-Indian pottery of the Chinese, South Arbian, Red Sea and Mediterranean provenance were unearthed. The 1.3 lakhs of registered artifacts made of iron, copper, gold, lead, glass, precious and semiprecious stones, and terracotta were excavated. Located in the Periyar delta region, Pattanam is now confirmed as the legendary port of Muziris or Muciri Pattinam or Vanji city, copiously mentioned in the classical Tamil, Greek, and Latin sources.

The evidence suggests that Muziris is the cradle of an urban civilization having interfaces with nearly 40 different indigenous linguistic cultures across the oceans 2000 years ago. Moreover to study the Pattanam site in isolation is as good as negating the role of the hinterland region and restraining us from probing into the role of the upper Periyar basin in the making of one of the greatest plural and sophisticated cultures that thrived on the banks of the Periyar and beyond. It is important to remember here that 90% of archeological evidence of the Iron Age/Early Historic Period(1000 BCE to 500 CE) that survived the onslaught of time are burial monuments or mortuary remains. This means probably two things; the acecesters of Kerala made their beautiful dwellings and settlements mostly with wood and terracotta. However, they took great pains to erect monuments for their dead with granite and laterite even brought from far off. The other widely practiced method was the urn burials with secondary remains of the dead buried along with probably the tools, and adornment objects like beads and a wide variety of miniature ports with grains etc. The structural remains of Pattanam indicate that the guiding architectural philosophy was respectful of human-scale modesty and least tempted by palacios structures of the contemporary Roman world.

This project, therefore, aims to locate and document the burial remains of the earliest human settlements on both banks of Kerala's longest river (244kms) and collect oral information through a PAMA digital App (ODK). The App has facilities to record photos/videos/audios of the material remains and the memories of the elders. We don't intend to collect or shift any material remains from their primary contexts/locations. Digitally documenting the surviving burial or settlements is our sole aim.

PRVMMM Internship Programme
Curious and science-sensitive public from all sections and categories - students, teachers, researchers, professionals, employed or self-employed person, retired hands, housewives, senior citizens, etc residing in the sixty LSGs (see the google map) can register for the internship. They will have to pay online a modest fee of Rs.200. For students/teachers irrespective of disciplinary backgrounds, this can be an add-on science internship program for which they will be awarded internship certificates! 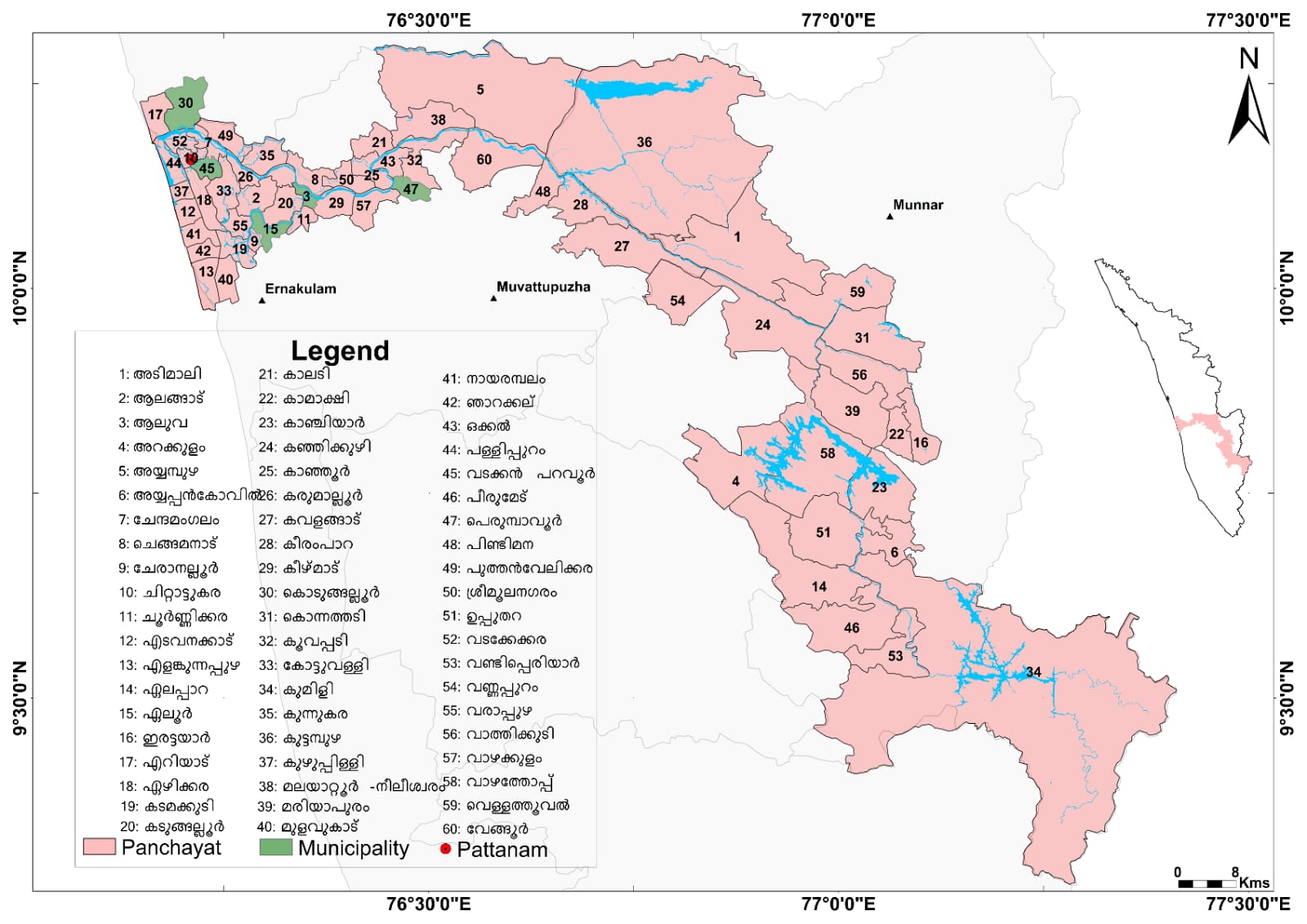 Map of 60 LSGS in Malayalam 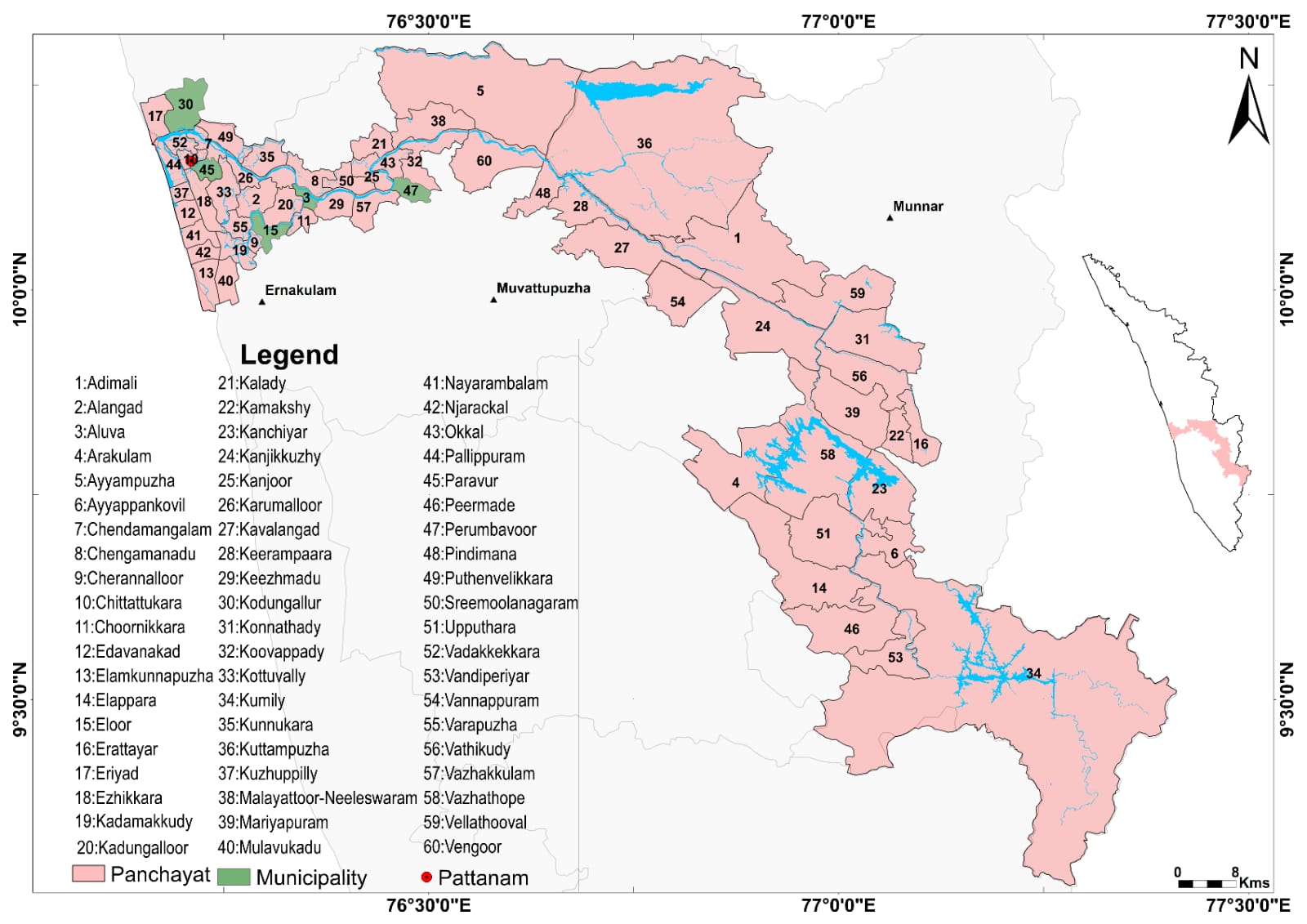 Map of 60 LSGS in English


Your health care, awareness of the locality and learning from the elders are the free benefits of this internship.

The hands-on, practical nature of the project is a good opportunity for ‘science minds' to familiarize themselves with advanced digital solutions in data collection, alongside other relevant skill sets.

The minimum days required for each intern or intern group in a particular Ward will be 21 days and a maximum of one month.

Objectives
1. To collect information regarding archaeological evidence in the jurisdiction of the wards of the 60 LSGs through a pedestrian survey.
2. To gather information from the elders of the local community, their memories on the locations, and details of destroyed archeological remains.

Each intern is expected to collect data by engaging in a pedestrian exercise in Panchayath Wards of their residence for one/ two hours during early mornings and evenings. They are expected to walk through each of the plots, fields, forests, or hills in the ward/s selected by them. While walking, they have to search on the ground as well as ask for the remains of pottery fragments, urn burials, dolmens, rock caves, umbrella stones, menhirs, hero stones, or similar monuments, old bricks, tiles or their fragments, etc.

To elicit memories from older generations the interns have to engage in long discussions on their childhood etc when they might have heard or seen archaeological evidence or they being destroyed as part of cultivation, building houses, making roads, canals, etc. Besides the elders of the ward, the interns have to discuss with the pond makers, well diggers, agricultural workers, sand miners, etc who have some knowledge about the subterranean aspects of the area. They might bring out good information on the sort of ancient materials they might have come across while digging or while undertaking cultivation or house-building or various development activities.

The interns will be trained in the survey methodology and mobile application usage.

Android mobile smartphone with audio/video/photo recording facilities.
Willingness to organise a daily routine in a manner to spend three quality hours per day in the early mornings and evenings for a minimum 21 days.

How to Conduct the Survey?


1. After procuring the Ward map and support of the ward member a schedule may be prepared to undertake transit survey individually or along with other interns or volunteers of the same ward
2. Prominence has to be given to locations, where frequent soil tilting due to cultivation or well/pond/ building constructions have been undertaken etc.
3. The interns should arrange and be equipped with basic tools such as brooms, sticks, boots etc while surveying bushes, sacred groves, forest areas etc.

PAMA has created a digital group of the LSG ward members of the Panchayats/Municipalities on both banks of Periyar River to be the patrons of the scientific exercise. Their cultural and community awareness and depth of understanding of their locality are expected to serve the project. PAMA also expects this endeavor to familiarise the ward members with digital modes of investigations and longue durée understanding of the human geography of Periyar from its Western Ghats origins to its Indian Ocean destination.

Here is the link to register